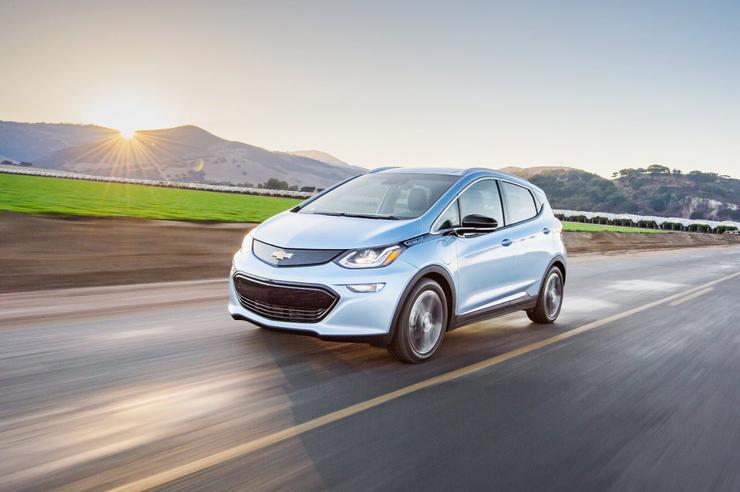 The 2017 Chevrolet Bolt EV is a breakthrough on many levels. It's the first mainstream and low-cost electric vehicle (EV) that can be driven nearly 250 miles on a single charge?twice the range of rivals. In addition, the small car is spacious inside, fun to drive, and has an intuitive center-dash touch screen that helps drivers learn the ins and outs of EV charging and ownership.

Unlike it larger predecessor, the plug-in hybrid Chevy Volt, the Bolt doesn't have a gasoline engine. But thanks to a 60kWh battery and an EPA estimated 238 miles of driving on a full charge, it also doesn't create the "range anxiety" of other EVs we've tested, like the Nissan Leaf. This puts in on par with Tesla vehicles, although at under $40,000 (before available tax credits) for the base model, the Bolt is far less expensive?and more readily available?than the Tesla Model 3. So if you've ever been tempted to buy an EV but worry about the price and practicality, the Chevy Bolt helps ease those concerns. That makes it an Editors' Choice.

Pricing and Design
The 2017 Chevrolet Bolt EV comes in two trim levels: LT and Premier. Both have a 200-horsepower electric motor powered by a 60kWh underfloor battery and a single-speed direct-drive transmission that powers the front wheels.

It can take up to two days to fully charge a depleted battery with the 120-volt power cord that comes with the car. But the supplied cord and its four miles of range per hour is sufficient if you'll only be topping off the battery overnight after short trips around town. If you plan on taking the Bolt on long drives, you'll want to get an optional DC fast-charging port and install a 240-volt charger at home that can fully charge a depleted battery in just over nine hours, or to 80 percent in little more than an hour at a Level 3 charging station.

The LT trim that we tested has a base price of $36,620 and comes with 17-inch alloy wheels, xenon headlights, LED daytime running lights and taillights, and heated and power-adjustable exterior mirrors. It also has a 7.2kW on-board charger, a 120-volt charge cord, a 12-volt battery with rundown protection, a rearview camera, an electronic parking brake, cruise control, remote start, and keyless ignition and entry.

Our test car also had the $555 Comfort and Convenience option package with heated front seats, a heated leather-wrapped steering wheel, and an auto-dimming rearview mirror. It also had the $495 Driver Confidence I package with blind spot monitoring, rear cross-traffic alert, and rear parking sensors. Individual options include a $100 cargo area floor cover for extra storage capacity, $395 Kinetic Metallic Blue paint, and $750 for a DC fast-charger port. With a destination charge of $875, the total sticker came to $38,915.

The Premier trim starts at $41,780 and adds all the features of the LT and those of the Comfort and Convenience and Driver Confidence I packages, plus outside mirrors with turn signal indicators, roof rails, leather seats, ambient interior lighting, heated rear seats, a center rear armrest, a surround-view camera system, and a camera-based rearview mirror. An Infotainment package option can be added to the Premier and includes a seven-speaker Bose audio system, wireless smartphone charging, and two charge-only USB ports for rear seat passengers, while a Driver Confidence II package offers forward collision warning with pedestrian detection and low-speed automatic emergency braking, lane departure warning and prevention, and automatic high beams.